As a government employee at the Washington Navy Yard for five years, Camille Dumenigo assumes she would be hired as a full-time employee after graduation. Budget cuts were the reason her boss gave her as why they would be unable to hire her in May after graduation.

“It was definitely shocking after all these years,” Dumenigo said. “I have been working there since I was 16 and I enjoyed my job and the people I work with.”

Dumenigo had always been lead to believe that her employer would have a place for her after graduation. She is a computer science major with a specialization in information technology at Towson University.

“Part of the reason I chose to become a computer science major was because technology is only becoming even more important in every aspect of life and jobs are created around it,” Dumenigo said.

Since receiving the news in December 2013, the 21-year-old has applied to four different government information technology jobs and checks job boards online at least two days a week.

“I definitely feel the pressure to get a job and the panic is setting in,” Dumenigo said.

Employers anticipate hiring 12 percent more new college graduates in 2013-14 than they did in 2012-13, according to the results of the Job Outlook 2014, a survey by the National Association of Colleges and Employers. The statistics might imply the economy is recovering but for the class of 2014, who are and will struggle with finding a job, this is not promising. 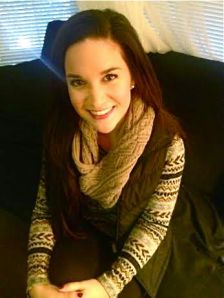 Employers are seeking graduates like Dumenigo who are majoring in the engineering and computer science fields, according to the Job Outlook 2014. On the flip side, government budget cuts are one of the reasons graduates like Dumenigo are struggling to stay positive. The defense and domestic budgets are set to be $19 billion lower for the 2014 fiscal year, according to the Bipartisan Policy Center.

Maryland is now one of only 17 states to have recovered more than 100 percent of the jobs it lost during the recession, according to the U.S. Bureau of Labor Statistics. Baltimore’s unemployment rate has also decreased 0.4 percent since 2012. On paper, this means that the outlook for the Class of 2014 is not as bleak as it was for last year’s Class of 2013.

There is other good news for those who will soon be entering the job field. Maryland employers could pick up the pace of job creation by adding 40,000 positions this year, according to the U.S. Bureau of Labor Statistics, a number that has often been cited by Governor Martin O’Malley when touting the state’s economic progress.

These statistics imply the economy is recovering. However, students in the Class of 2014 might disagree.

“Even though the economy has recovered, it is not strong as it has been some point in the past,” Lorie Logan-Bennett, the director at the Towson University Career Center said. “So you’re competing against other new college grads as well as folks who have some experience. The competition pool is a little bit deeper. Knowing that means putting extra work into your job researching.”

Lorie Logan-Bennett, the director at the Towson University Career Center, talking about the job outlook of the Class of 2014.

The Class of 2014 is not only competing against each other but also the 10.5 million unemployed in America.The overall unemployment rate in February, according to the U.S. Bureau of Labor Statistics, was 6.7 percent.

The current economy also makes it less likely that older employees will leave their careers and take advantage of retirement.

“It’s intimidating because people who have been eligible for retirement or are in the highest ranks are taking up spots for recent graduates,” said Dumenigo.

Even though she started her job search in November, it took Diana Deboy months to get her first interview. 15 resumes later, Deboy got a call from her current internship to apply for an available opening.

Deboy sent out applications online, went to the career center several times to edit her resume, paid attention to social media and built a good profile.

“I thought a good resume was the key to applying for a job,” said Deboy. “I also have a LinkedIn and I believe it is extremely important to have a LinkedIn because it allows you to network and job search all in one.”

While Deboy sent out her resume through LinkedIn since registering in November,she still received no responses through the job networking service.

“People would like to say recovery economy and more job opportunity are the advantages for the Class of 2014,” Deboy said. “However, the competition for applying for a job in the Class of 2014 is increasing at the same time.”

While a still weak economy could be the explanation for why graduates are already having trouble entering the work field, there are also other factors at play including tunnel vision or inflated expectations.

“A portion of students who have and will be graduating, half are unemployed, half are underemployed and the rest are giving up hopes in the job search,” Dan Schwabel, the author of “Promote Yourself: The New Rules for Career Success,” said.

He also said student loans and being in-debt will be one of the biggest hurdles for the Class of 2014.

“The student loan debt is over a trillion dollars. Students are paying for their education,” Schwabel said.

Like Schwabel, Lindsey Pollak, a Generation Y expert who has studied millennials since 1996, believes too high of standards will hurt the Class of 2014.

“Many of today’s grads have somewhat unrealistic expectations of what their first job will be like,”Pollak said. “Many are focused on pursuing a passion, which is great, but sometimes your first job is more of a stepping stone and learning opportunity. A job may not be perfect, but it can still be a smart and satisfying first step.”

The earlier students prepare for their job, the more chances there are for them to get hired before graduation. For students graduating in May it is best to start the job search the fall semester of senior year, Bennett said.

The Class of 2014 is participating in the job fair held by the career center at Towson University.

“More and more employers want to get the best among the brightest,” Bennett said.

But starting the job hunt early isn’t enough to guarantee that graduates will have an advantage against their competition. While waiting to hear back from companies’, students should clean up their social media accounts.

It might be surprising that the secret weapon college graduates can utilize is a lot simpler than updating a LinkedIn profile.

“Each year I find the students to be even more tech savvy than the previous year’s graduates,” Pollak said.

The Class of 2014 is skilled at self-promotion but Pollak stressed that theyneed to work on their face-to-face “soft skills” such as communication, negotiation and in-person networking.

Self-marketing is necessary for students to learn, said Bennett, although it can also be college students’ “worst enemy.”

Students now look at Internet job networking, such as LinkedIn, as the “holy grail” of the modern day job search, according to Bennett although it isn’t always the answer to unemployment.

Despite economic challenges and lack of job skills, Schwabel has a positive job outlook for the Class of 2014. He said this is especially true for the field of communication and engineering

“The percentage of graduated getting jobs has increased over 10 percent,” Schwabel said.

Within one week of her job interview, Deboy got the news that the company wanted to hire her. The one interview had turned into the full-time position she wanted.

“The job I applied for is my current internship at CareFirst BlueCross BlueShield,” said Deboy. “It is paid. I just found out that I will be receiving a permanent position with them upon graduation.”

Dumenigo also recently found out that another branch at the Washington Navy Yard was interested in hiring her.

“I will transfer over to a different supervisor but in the same facility,” said Dumenigo. “The positive feedback I had received from my years there helped me find a new job where they can afford to hire me on full-time when I graduate.”